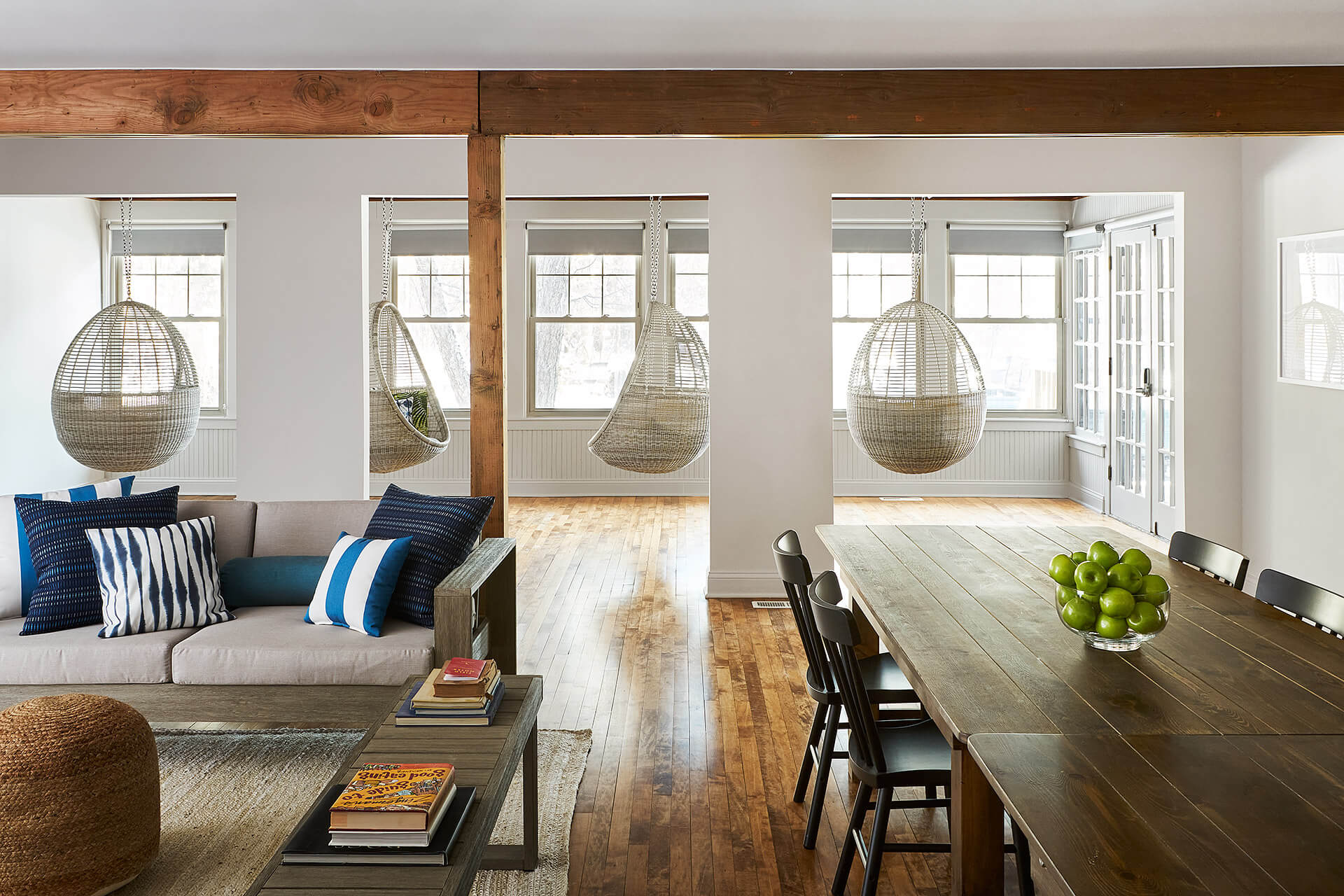 The Neighborhood Grand Beach is your escape — a place where nature’s bounty is celebrated and pure comfort is prioritized. Imagine your day beginning with sounds of nature, coffee by the campfire followed by a dip in the glistening pool or yoga near the ravine. The adventurer explores the woods and waters of Harbor Country followed by a round of golf or tennis. Meanwhile, the relaxed vacationer continues to bask (possibly reclined) amongst the native trees and greenery. The day comes to a close with a barbeque garnished with fresh herbs from the garden + s’mores under the stars (or in the plush living room for indoor folks).

Your suite is the ideal blend of rustic cabin meets ethereal luxury. The common spaces are campy-hip with warm touches that even smell good (think wood paneled walls, aromatic pine trees, smoky embers). This is your place for adventure, connection, or to just chill. 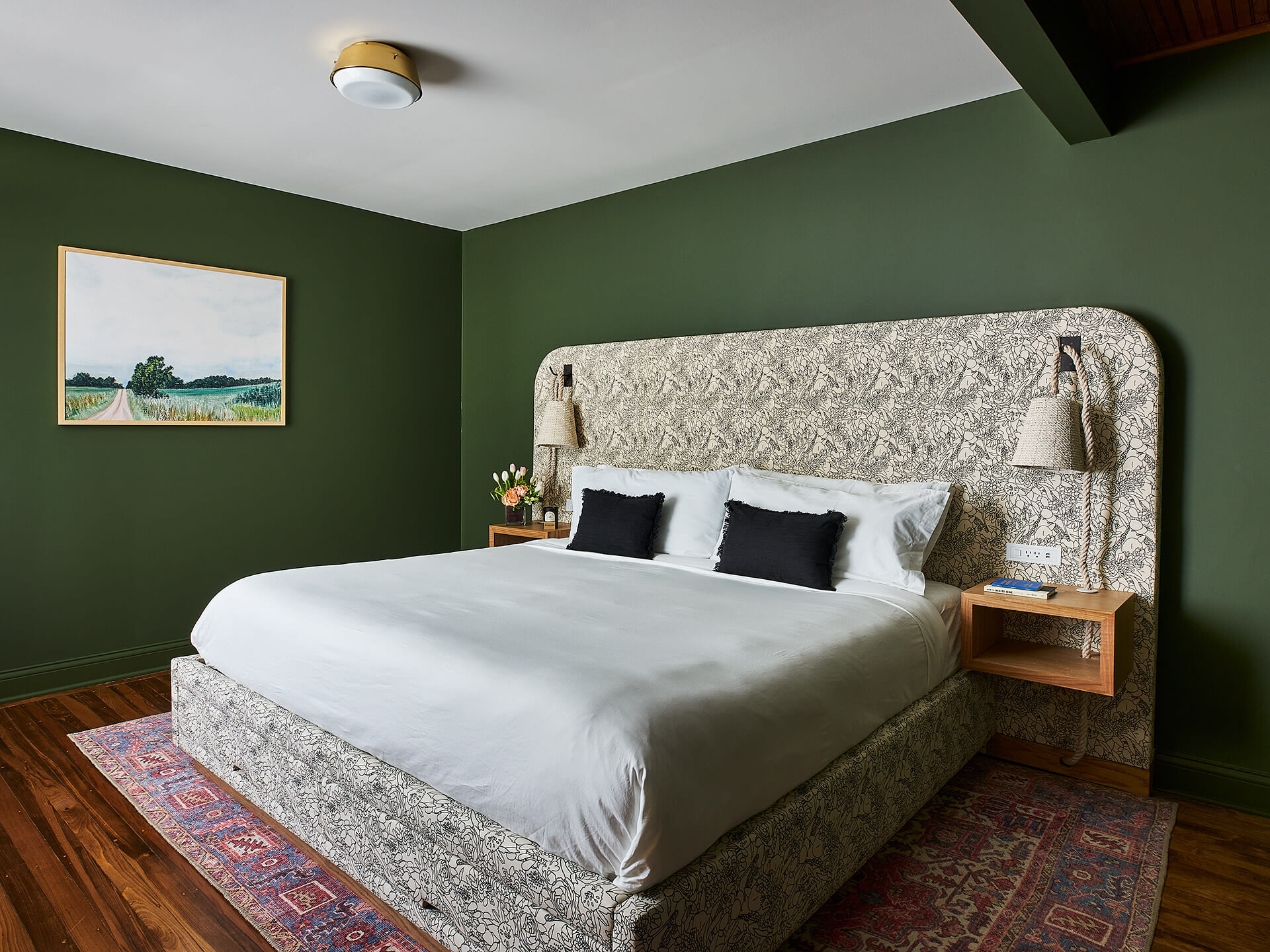 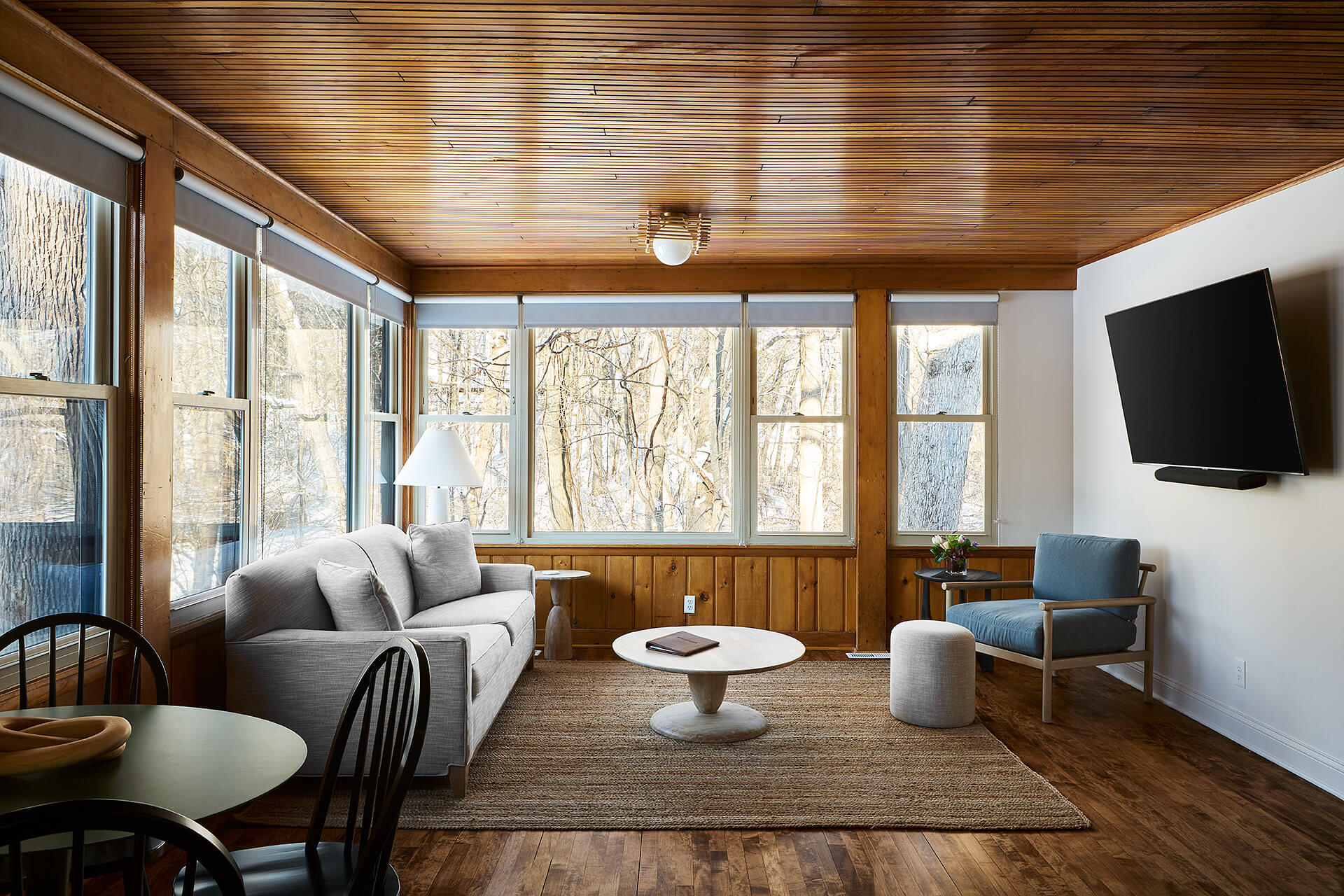 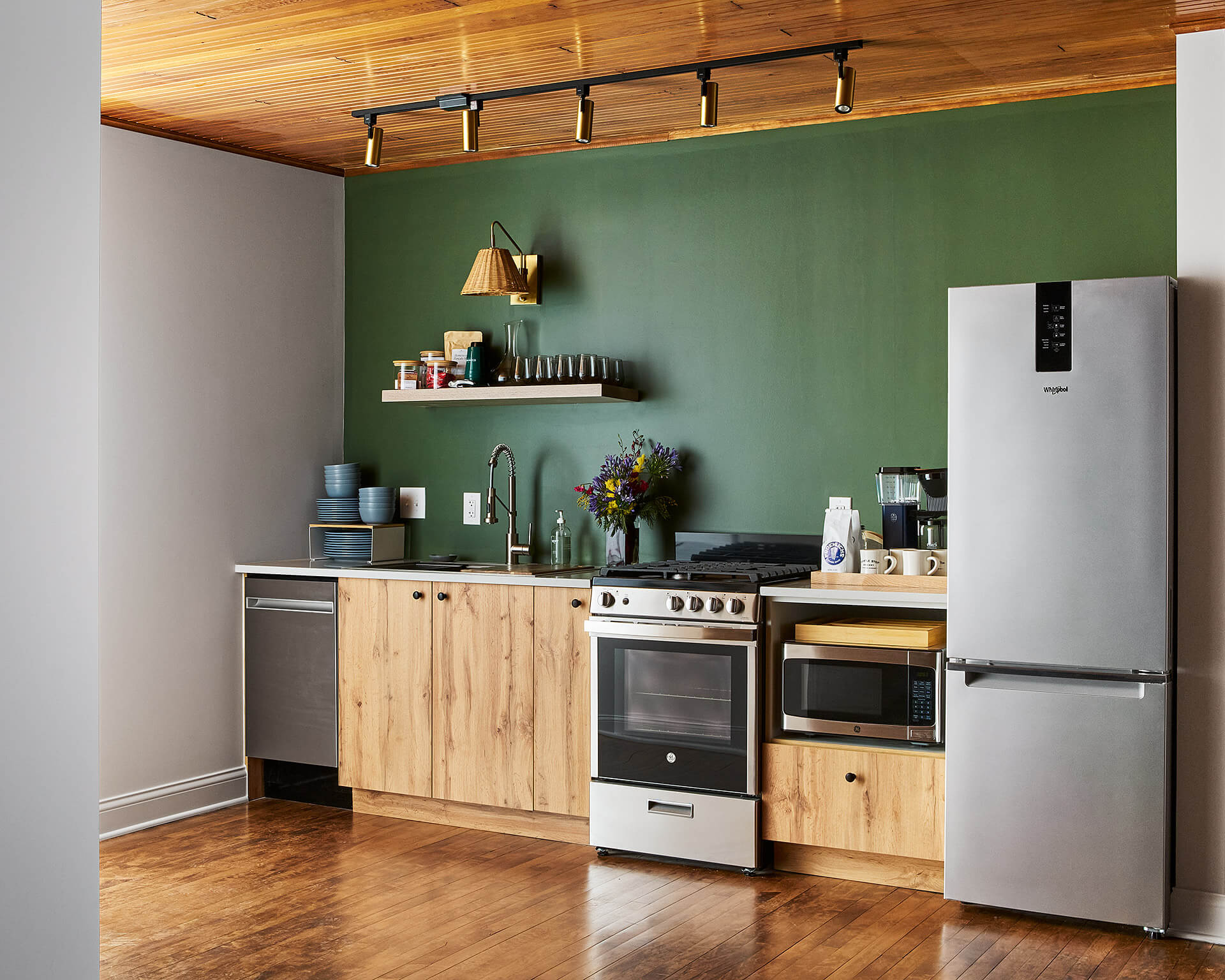 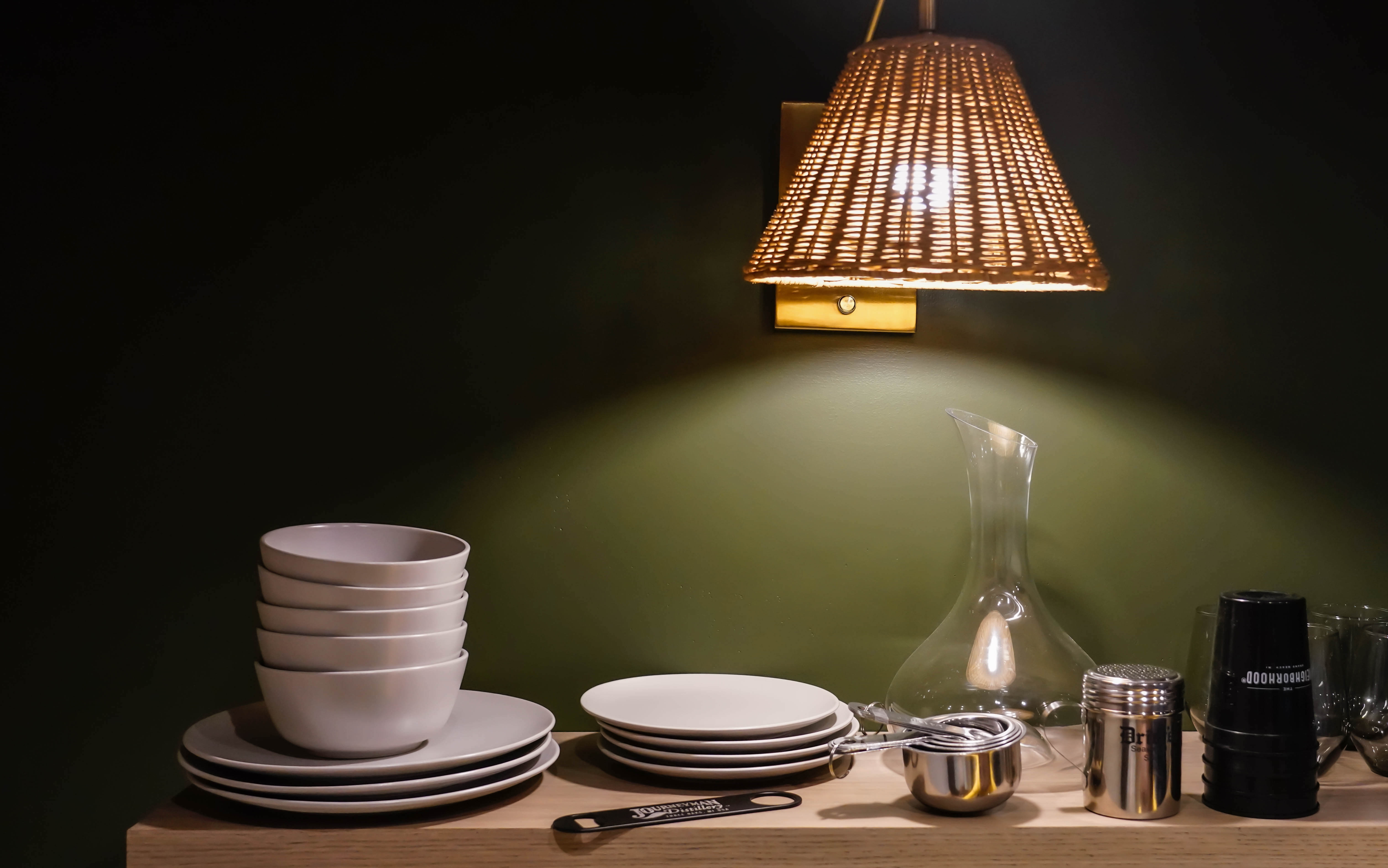 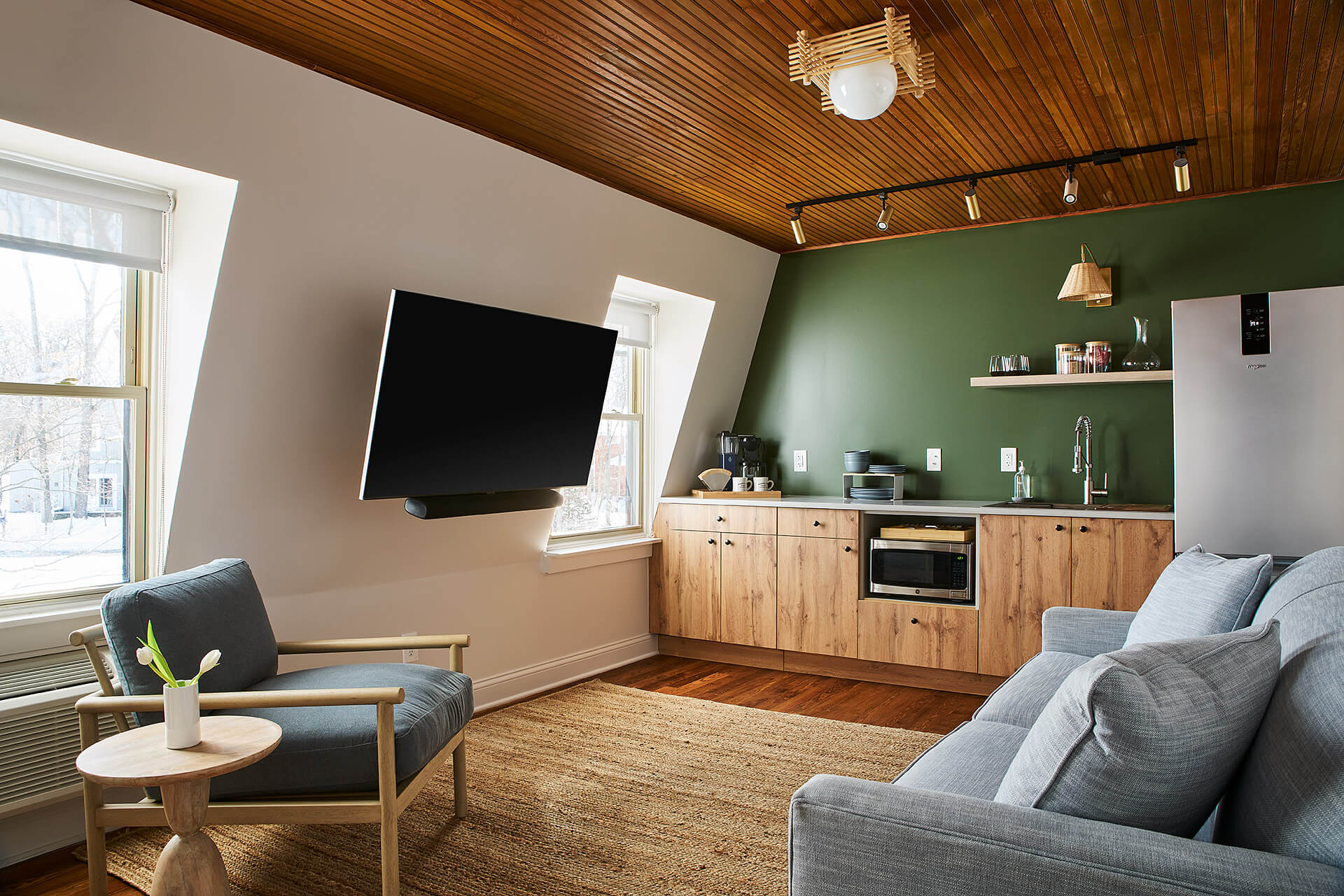 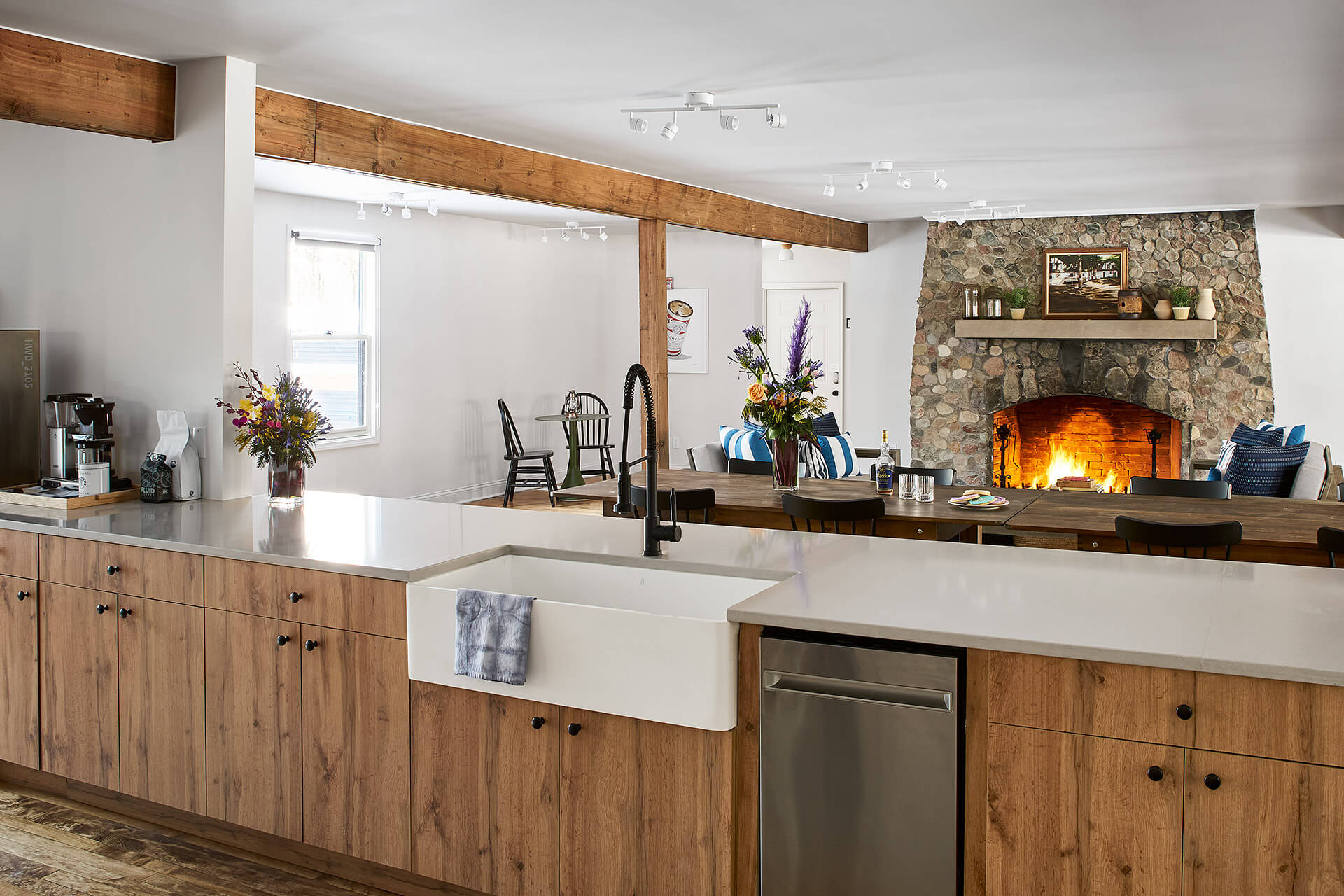 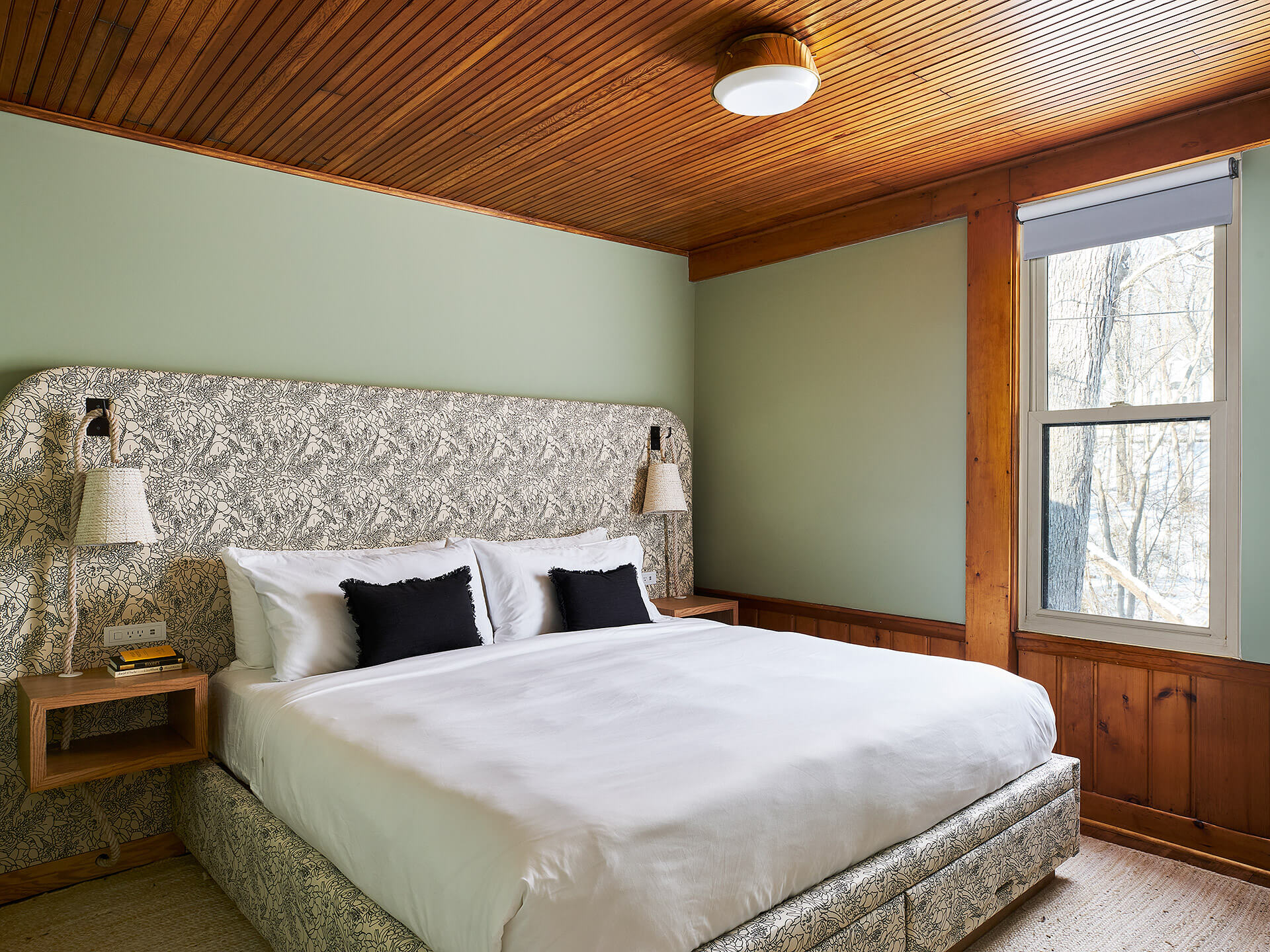 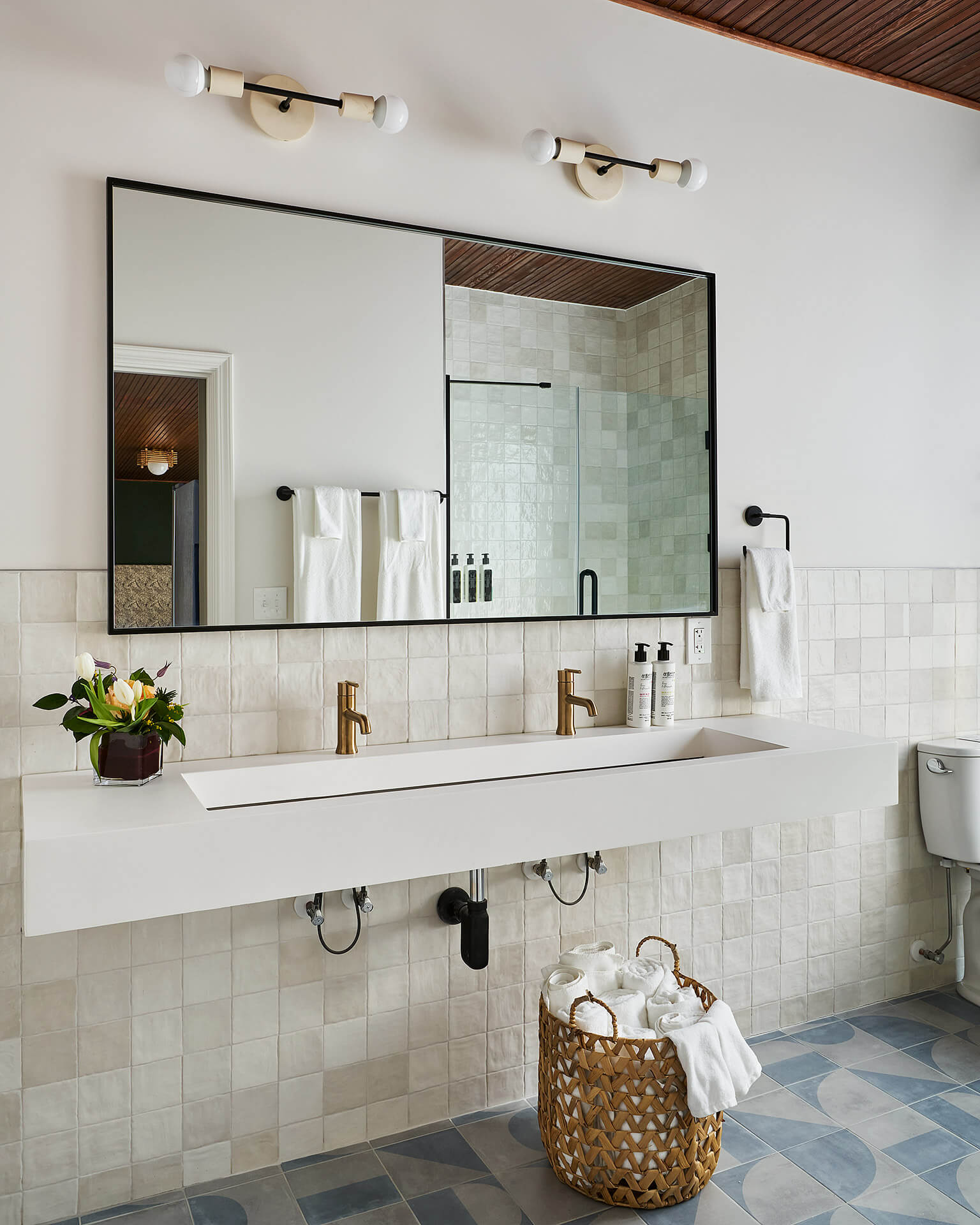 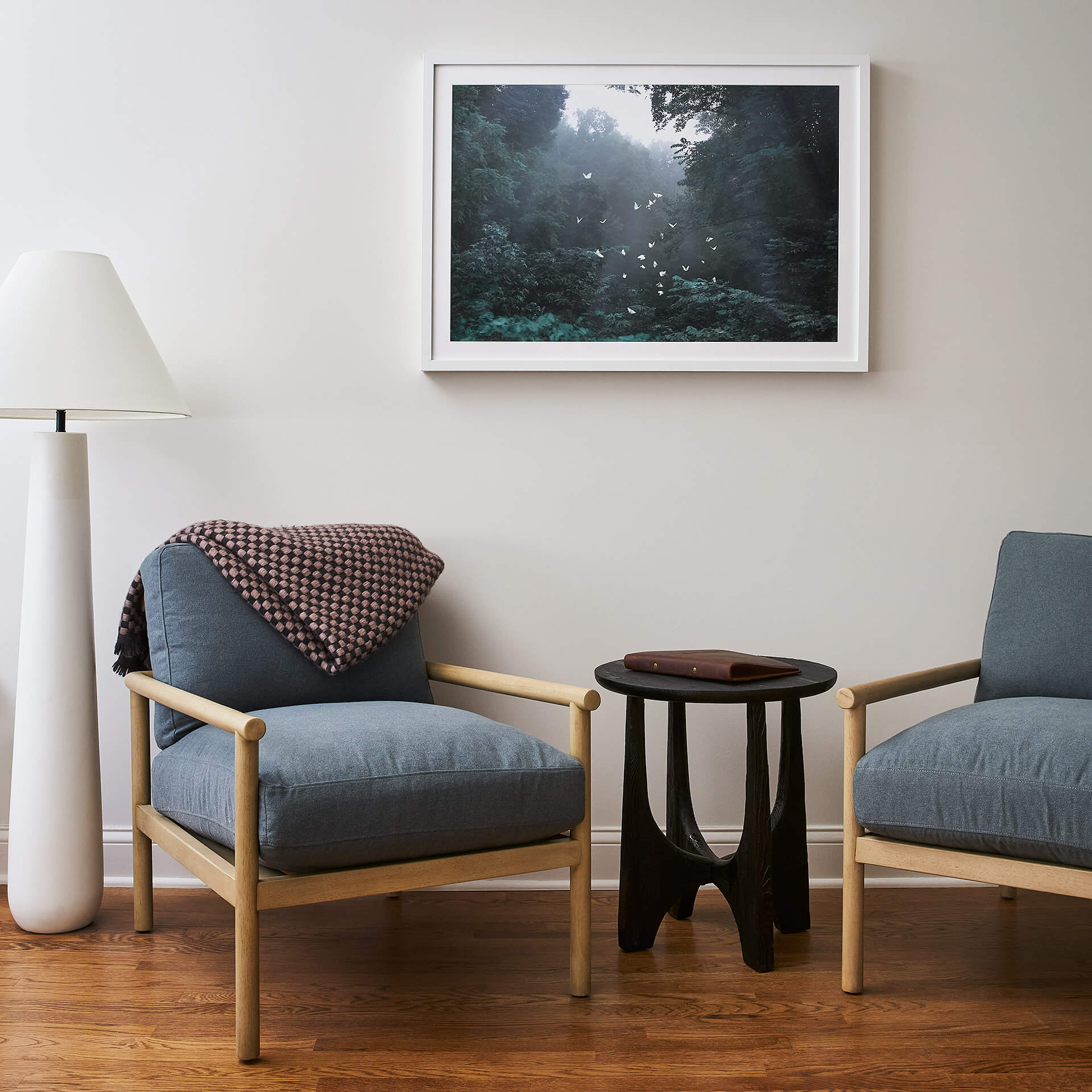 Michigan’s southwest coast, Harbor Country, has welcomed generations of visitors to its scenic shores that boast expansive beaches and an overall relaxed lifestyle.The state’s slogan, Pure Michigan, is quickly apparent as you swim through Lake Michigan, enjoy beer and wine tasting at the many family-owned vineyards, trek to the top of massive sand dunes, or paddle a canoe around the smaller inland lakes. Southwest Michigan is a mecca of family-friendly beach towns with great shopping and dining. Sample local brews on tap at Greenbush Brewing Co. in nearby Sawyer (the northernmost Harbor Country town), or stay close to home in Grand Beach, which was designed as a resort community. Its stately white gates have welcomed visitors since the early 1900’s and the golf course dates back to 1911. 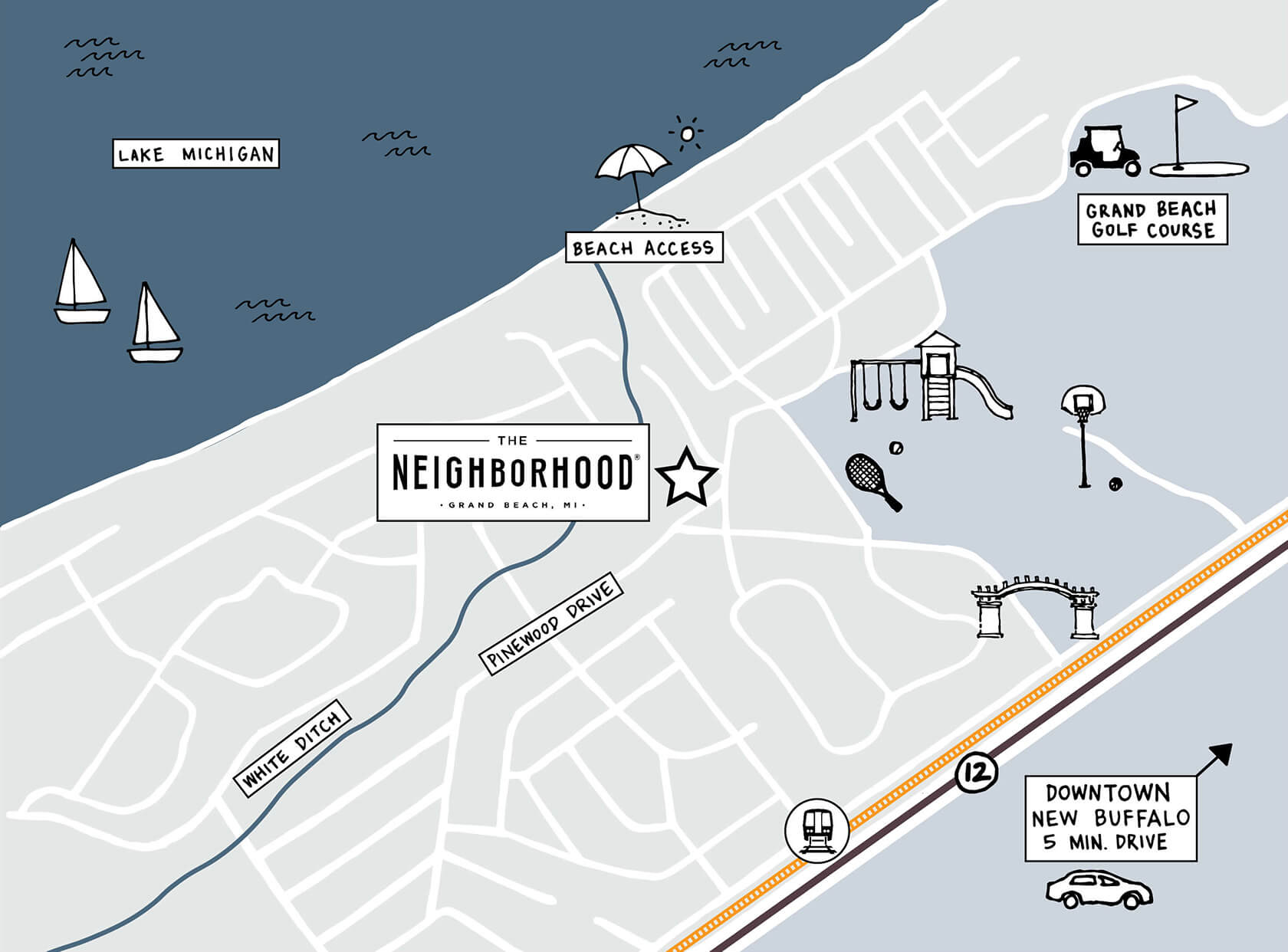 The History of The Neighborhood Grand Beach

Late 1900s
Joseph Deuel (a realtor from New Buffalo) sold a 600 acre parcel of land to Floyd Perkins of Fuller Advertising in Chicago. Perkins intended to develop the parcel into a shooting preserve but changed course and turned it into a summer recreational community near the shores of Lake Michigan. Fun fact: Grand Beach is the only Harbor Country town that was master planned as a resort community.
1908
Pre-fab houses by Sears Roebuck & Company became available for purchase in Grand Beach — the new “summer colony” where you could live the dream near a beach and golf course. 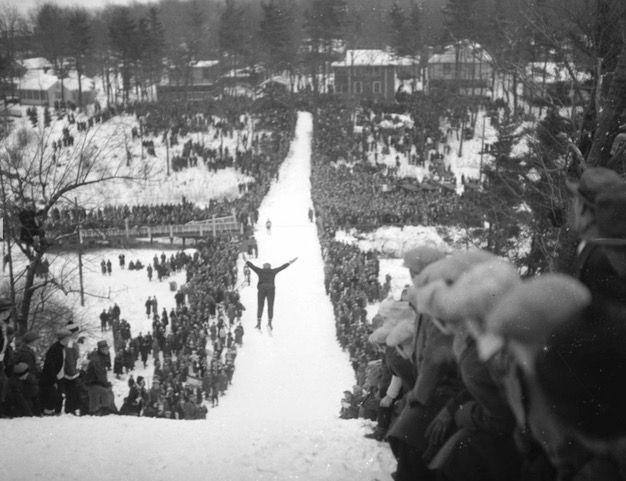 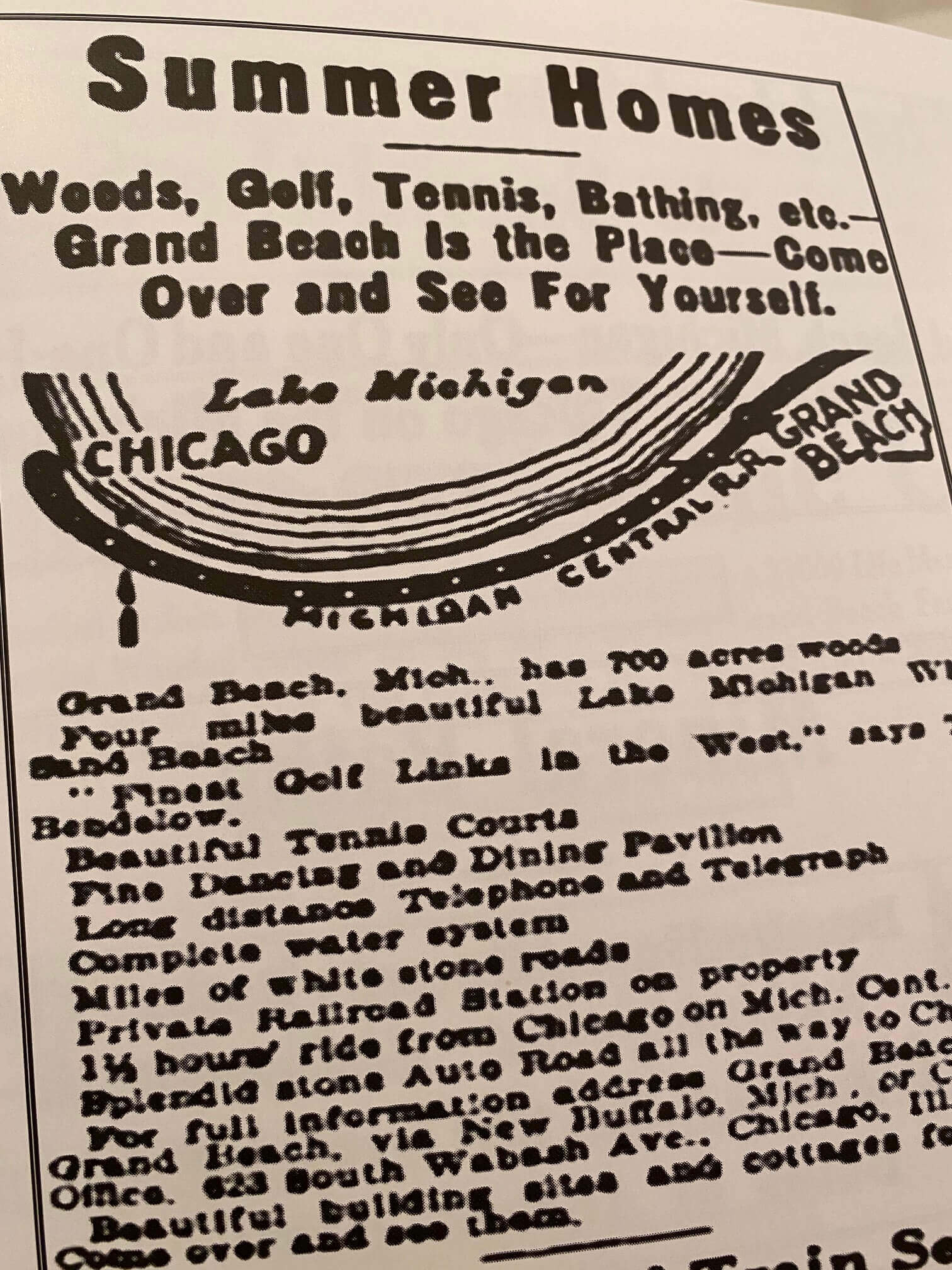 1912
The stately white entry gate to Grand Beach was created. It still stands today and serves as one of the main identifying features of Grand Beach.
1914
Developers of the future Golfmore Hotel built The Pinewood Lodge which is now The Neighborhood Grand Beach. Pinewood Lodge was known for hosting famous heavyweight fighters of the era for training including Cinderella Man, James Braddock.
1922
The Golfmore Hotel in Grand Beach was completed. The Golfmore, known as ‘the jewel of the Dunes,” featured 175 rooms plus a nightclub, large dining room, 200 ft. ski jump, equestrian facilities and a golf course. The hotel helped further establish Grand Beach as a sought after summer destination and was a pretty happening spot throughout the roaring 20’s.
1939
Rumored legal turmoil involving crooked finances, raids, etc., caused The Golfmore Hotel to be frequently shut down in the early 1930’s. In 1939, a fire destroyed the main hotel and it was never rebuilt. The Pinewood Lodge survived the fire as it was far enough away and has been maintained throughout the years.

We honor history while breathing fresh life and character into old structures. The design goal for the Neighborhood Grand Beach was to preserve the warmth of the original woodsy cabin while creating an airy, playful space with a whisper of low key luxury. The end result boasts smoky scents from the original stone fireplace, bohemian accents like hanging chairs, and pops of color that mingle with the natural earth tones of the landscape. 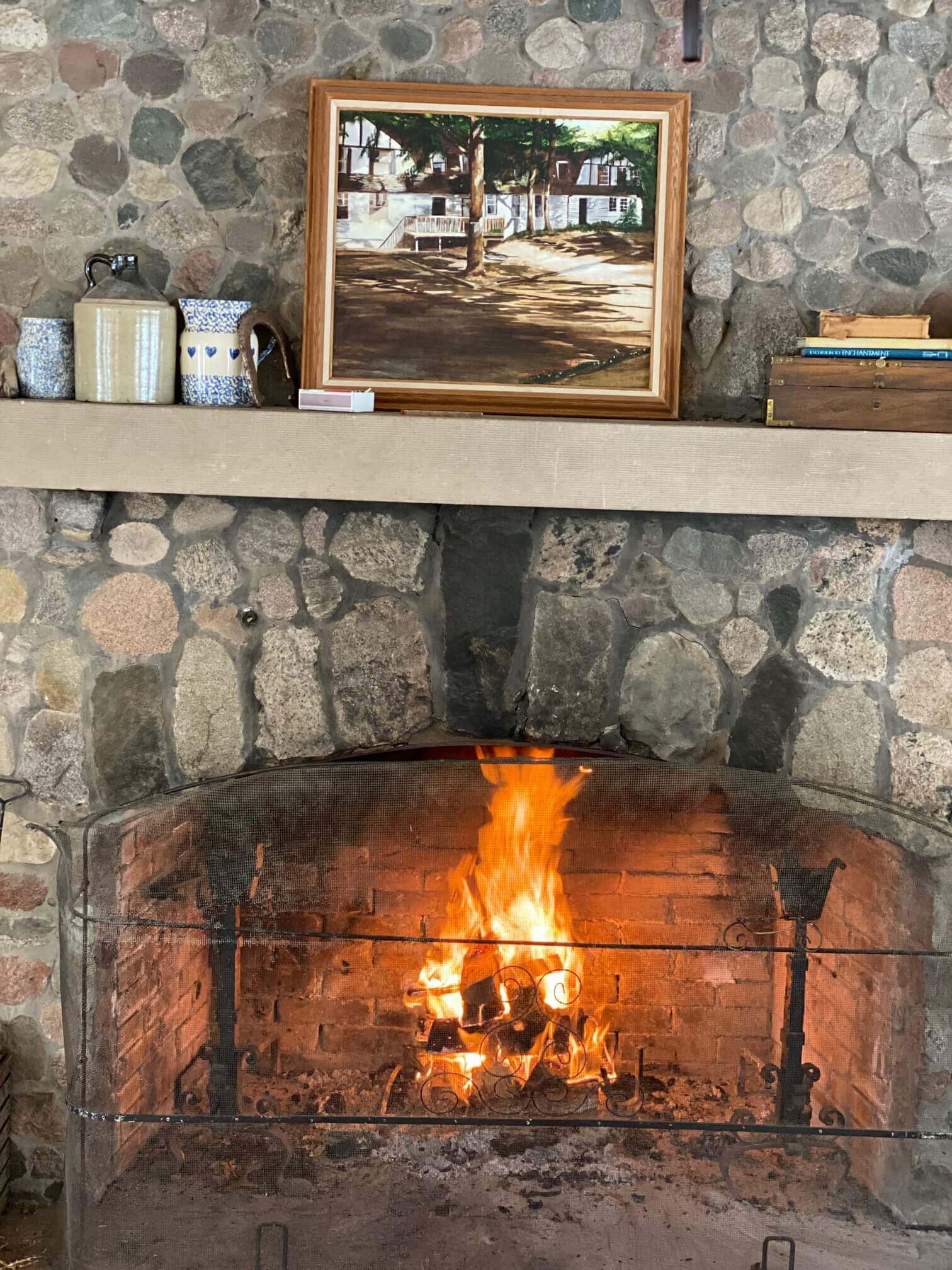 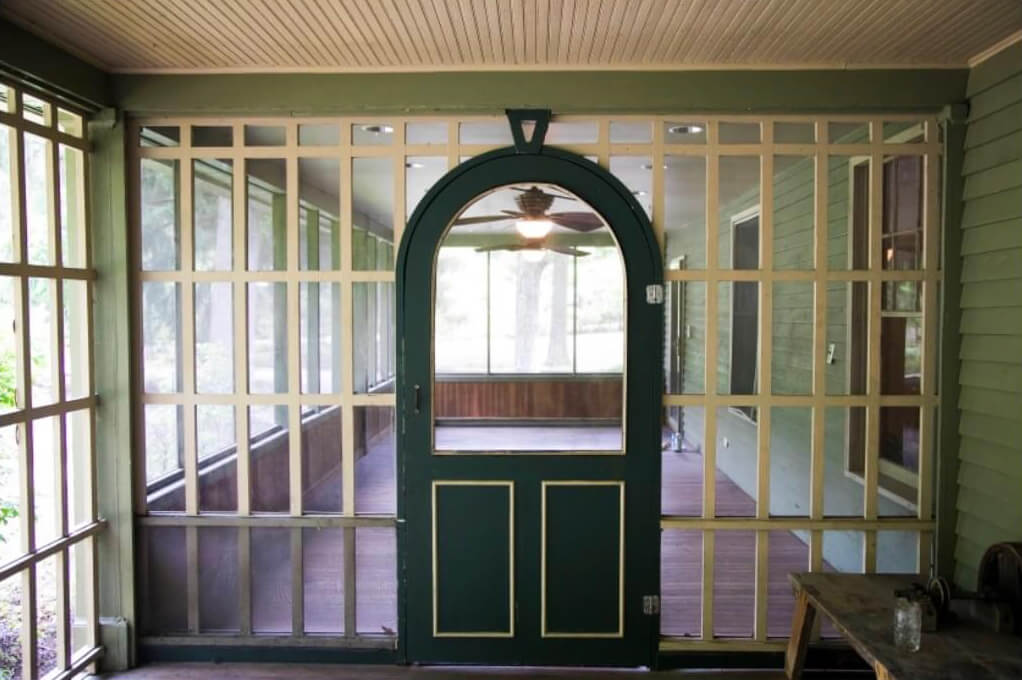 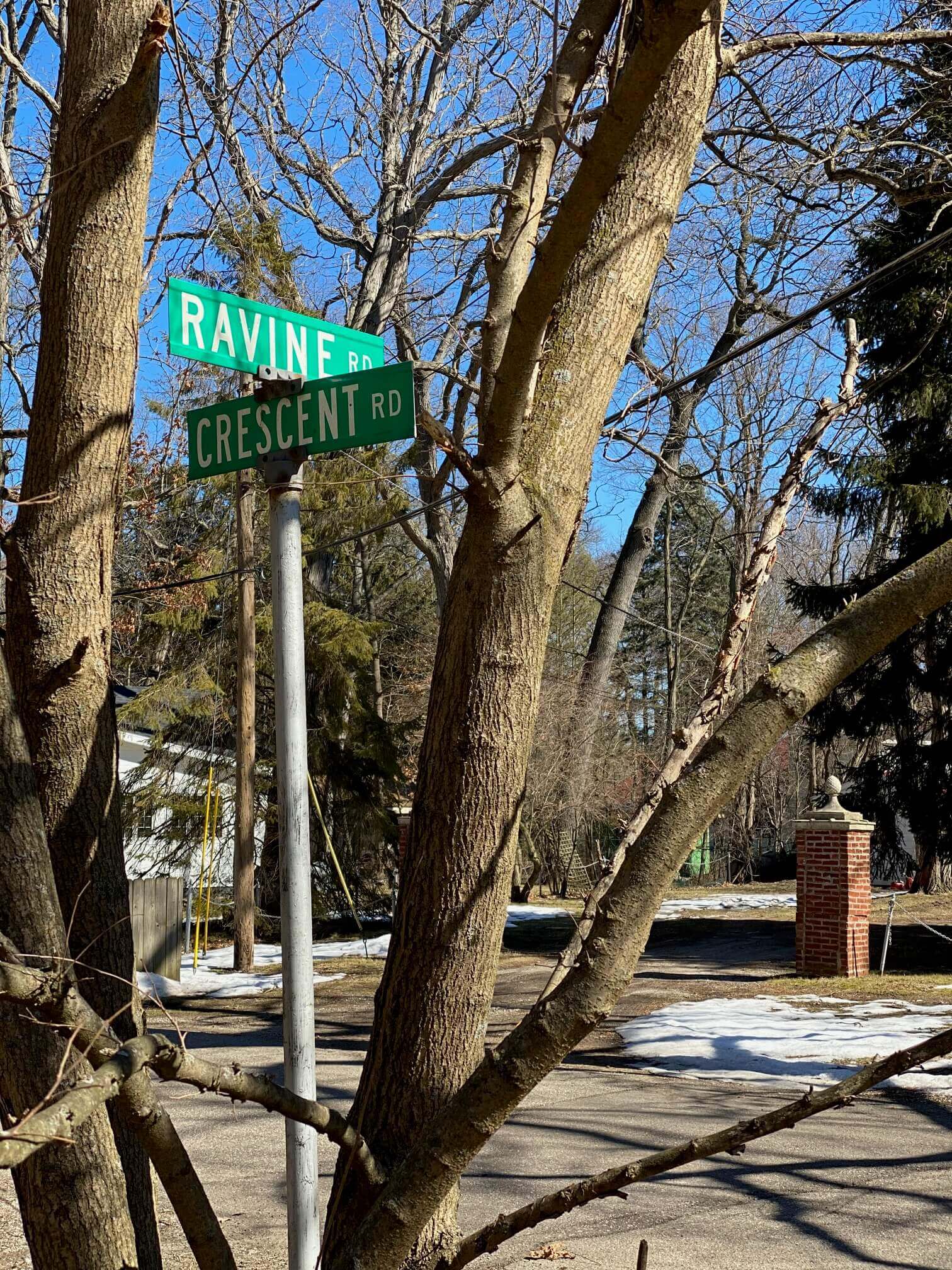